Deanna Jewel is back from surgery! Stop by!

First I have to apologize for dropping off the face of the earth and not staying in touch. I saw my orthopedic surgeon on April 16th and had hip replacement surgery April 20th, which happened way sooner than I ever thought it would and when the doctor gave me the quick date, I jumped on it. With such a quick surgery, I didn't have time to do a newsletter or post to let all of you know and am just now able to sit long enough at my computer to join you here.
I have a few more weeks of therapy but now that the pain is manageable, I can concentrate on writing and edits and will again be working/editing on the sequel to Never Surrender. Two Hearts Surrender is the sequel and I can't wait to get it finished. Tax season is over and in between summer travels, I'll get it done.

I've missed hearing what you've been doing, here and on FB, and want to catch up with what your plans are for the summer. I hope some of you leave comments so we can do that. Please let your friends know that I have not disappeared! LOL 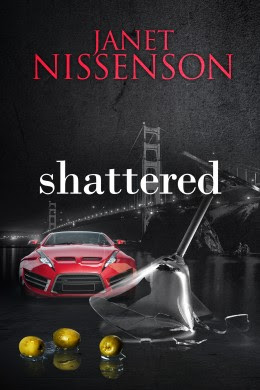 Amazon • Nook • Kobo • iBooks
The Ghost
Angela Del Carlo has been living half a life, ever since he walked out on her, shattering her entire existence and leaving her to cope with picking up the fragments. Nothing seems to matter much anymore, and her life is a drab existence of work, run, repeat. She’s forgotten how to laugh, how to love, and even how to live. Most days she’s little more than a ghost. The Devil Nick Manning’s life has been one lived without compromise, without rules, and without regrets. Except for his one weakness, his one regret – Angela. What he did to her still tugs at his conscience, still fills him with remorse, and continues to haunt his dreams. But he stays away, knowing that he can never be the man she needs or give her what she deserves. The Angel But when fate intervenes and Angela’s and Nick’s paths cross again, she’s determined not to surrender her soul to the devil ever again, while he’s desperate to have his angel back in his arms – even if it means changing the rules to get it done.

Janet is a lifelong resident of the San Francisco Bay Area, and currently resides on the northern California coast with her husband Steve and Golden Retriever Max. She worked for more than two decades in the financial services industry before turning her focus to producing running events. She is a former long-distance runner, current avid yoga practitioner, is addicted to Pinterest, likes to travel and read. She has been writing for more than three decades but Serendipity is her first official published work. She plans five more books in the Inevitable series, with each one a standalone with new lead characters, so no cliffhangers or waiting months to see what happens next!

Posted by Deanna Jewel at 3:00 AM No comments: